As we head towards our 5th anniversary in early 2018, PDX Death Café has been cited as one of the largest in 50 countries across the globe. We rely on volunteer facilitators to host our small-group discussions, and community venues to provide donated space. View our short application form. END_OF_DOCUMENT_TOKEN_TO_BE_REPLACED

Next month I’m headed to the Ottawa Valley in eastern Canada for my 7th session of Stephen Jenkinson’s Orphan Wisdom School. Listening to Stephen “being troubled out loud” about the times we’re in, and exploring the history of how we got here, has radically shifted my understanding of what dying asks of us.

For those unable to travel east or enroll in the School, there are two opportunities to study with Stephen on the west coast this summer, at Hollyhock on Cortes Island, British Columbia. END_OF_DOCUMENT_TOKEN_TO_BE_REPLACED

While considering one’s death has been central to many spiritual and cultural traditions through the ages, the modern incarnation in our individualistic, me-first society can become something of a vanity project.

“Get the funeral you want by planning it yourself” is one guidebook’s promise. (“Put the F-U-N back in funeral!”) It’s an understandable impulse at a time when institutional, commercially-directed funerals have become such a bad brand that many (my father included) don’t want to see a penny wasted on rites or ritual to mark their death.

The idea that one’s death is solely “our own” is an assertion unique, I’m pretty sure, to this time and place in the world. How might our deaths be about more than ourselves, tethered to the wheel of life, embedded in community? END_OF_DOCUMENT_TOKEN_TO_BE_REPLACED

A Sad Farewell to the Man Who Started a Movement 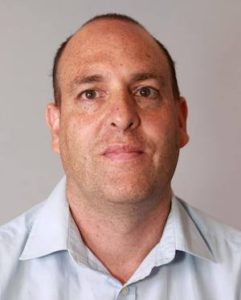 Six years ago, a man and his mother started a worldwide movement. The 50-country-strong Death Café community is rocked today by news of the sudden death of founder Jon Underwood.

Jon, who inspired, guided, and supported hundreds of volunteer hosts and whose work impacted untold thousands, died suddenly on Tuesday 27th June from an undiagnosed Acute Promyelocytic Leukaemia.  He was 44.

As for me, I consider myself enormously privileged to have shared a number of conversations with Jon. He generously made himself available across 8 time zones to advise me as I organized the first PDX Death Café in 2013. Among Jon’s gifts were clarity of vision and focus, and humble but firm directness in communicating that vision and maintaining the focus.

I was one of the plethora of hosts who veered from the simple and effective model that defines the Death Café brand. In those heady early years, Jon patiently conveyed to me the necessity of respecting Death Café guidelines if using the name, while never discouraging other approaches to talking about death. Jon’s integrity and skillful boundary-setting, along with his extraordinary generosity, will remain touchstones for me until the end of my days.

It’s not an overstatement to say that Death Café changed the course of my life. I know many can say the same. The ripples from Jon’s life will be washing up on shores around the world for years to come. I’m deeply saddened by news of his death, and deeply grateful for the way he chose to spend his days. END_OF_DOCUMENT_TOKEN_TO_BE_REPLACED

An Afternoon with the Threshold Choir

Over my years as a Celebrant and Home Funeral Guide, I’ve had the pleasure of collaborating with the Threshold Choir a number of times – even receiving their soothing song-presence myself, in a time of depletion. (Read more in my post Swaddled by Song.)

Now, as part of an international gathering of Threshold singers, they’re issuing this invitation to you:

Come join us for an afternoon of song, presence and reflection. Through words, music, silence and movement, we’ll explore thresholds that may be calling for attention in our lives. Those present may choose to receive personalized song-care, walk a labyrinth, and contribute to a communal art project. Bring a journal and water bottle, if desired.