Death:OK keynoter Stephen Jenkinson is returning to Portland in early May for two 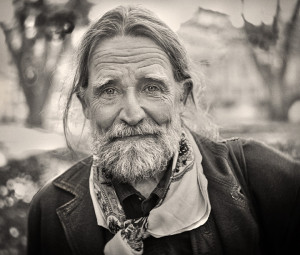 special events. Join us on Friday, May 6 at the Clinton Street Theater for an evening talk, Should the World Tree Be Withered (space is limited and tickets are selling fast), and on Saturday, May 7 at the downtown United Church of Christ for a day-long teaching, Die WIse: Making Meaning of the End of Days. Check out the ticket pages on Eventbrite by March 6 for an early bird ticket discount:

Stephen teaches internationally and is the creator and principal instructor of the Orphan Wisdom School, founded in 2010. With Master’s degrees from Harvard University (Theology) and the University of Toronto (Social Work), he is redefining what it means to live, and die well. Apprenticed to a master storyteller, he has worked extensively with dying people and their families, is former program director in a major Canadian hospital, former assistant professor in a prominent Canadian medical school, consultant to palliative care and hospice organizations and educator and advocate in the helping professions. He is also a sculptor and a traditional canoe builder whose house won a Governor General’s Award for architecture.

He is the subject of the National Film Board of Canada documentary Griefwalker and author of Die Wise: A Manifesto for Sanity and Soul (2015), Homecoming: The Haiku Sessions – a live recorded teaching (2013), How it All Could Be: A work book for dying people and those who love them (2009), Angel and Executioner: Grief and the Love of Life – a live recorded teaching (2009), and Money and The Soul’s Desires: A Meditation (2002), and former contributing author to Palliative Care – Core Skills and Clinical Competencies (2007).