When you picture death…? 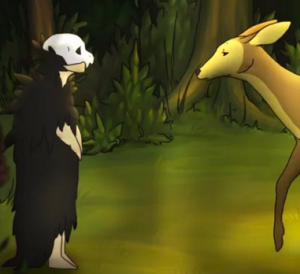 The first Death Cafe I attended, the host asked, “When you picture death coming for you, what do you see?” A professor of comparative anthropology, she pointed out that most cultures throughout time have personified Death – think of the Grim Reaper, Mexico’s Santa Muerte, or a baby-faced Robert Redford, in a classic 1962 Twilight Zone episode.

Here’s a thought-provoking short film currently making the rounds on Facebook. What do you think of how it depicts “The Life of Death”?