Black Leaders Speak Out on Racism in Death and Deathcare

Six conversations & teachings I was privileged to attend

In the four weeks since a Minneapolis cop murdered George Floyd for all the world to see, I – along with many other white folks who’ve considered ourselves good anti-racist allies – have been looking more deeply into what I’ve had the privilege of not seeing; what I’ve looked away from; the places my work has fallen short of the values I think of myself as holding dear. Some of this entails digging deeply into my childhood and the ways growing up in a liberal but segregated environment taught me to be both racist and anti-racist. Some of this is devoted to study, reflection, and actions I can take now in response to and in support of the Movement for Black Lives. And some is focused directly on my work in death education and deathcare.

END_OF_DOCUMENT_TOKEN_TO_BE_REPLACED 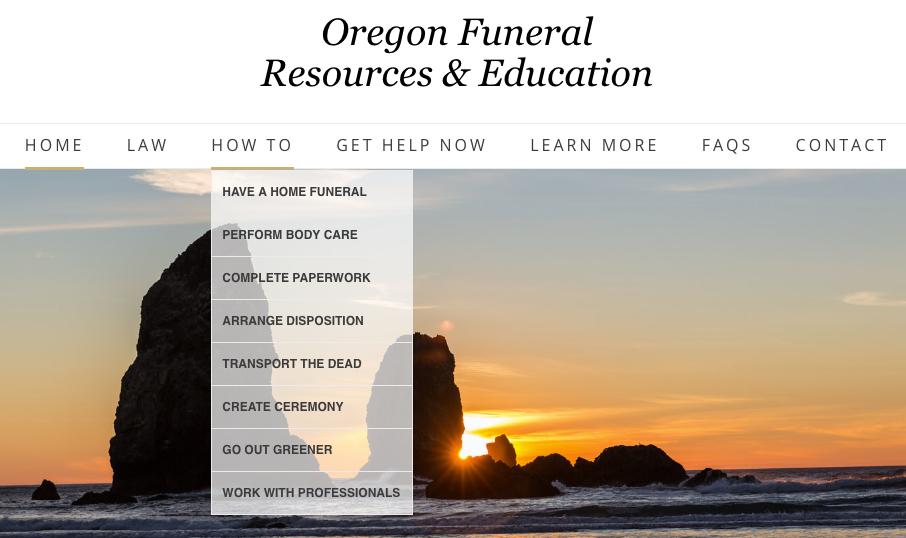 Whether your loved one dies from COVID-19, or from an unrelated illness, accident, overdose, or suicide – death looks different in the time of pandemic.

Helping systems, both personal and institutional, are highly stressed. Compounding our grief over the death of a loved one may be shock if the death was unexpected, and trauma given the context of societal crisis. We may struggle not only with the fact of a loved one dying, but with the profound disorientation of being unable to care for our dying, our dead, and the bereaved in the hands-on, physically-present ways we wish to.

Our new Pandemic Care Guide assembles articles on death in the time of pandemic, ideas on what to do when a funeral isn’t possible, with resources on how to care for the dying, the deceased, and the bereaved in this time, emotional support for grief and trauma, advance directives completion now, and FAQs about home care and Covid-19.

Meet our new public info site: “A labor of love, so needed”

Nine months ago, I received an email that will no doubt change the lives of many. It was from a bereaved mother, telling the story of her beautiful 4 1/2 year old son Max, and how authorities who didn’t know the law thwarted the release of his body to his parents after the investigation was complete. She wanted to spare other families the pain they suffered, being denied the chance to care for Max after his death.

At the time Max’s mom Keelia most needed it, there was no easy place to find information on her family’s right to take custody of Max and bury him at home on their ranch. Nothing to hand the misinformed authorities who insisted otherwise.

Now there is: Oregon Funeral Resources & Education, a non-commercial public interest site dedicated to helping Oregon consumers care for their own dead with or without the assistance of a funeral director. The site is being lauded by medical and funeral industry professionals as a much-needed resource for both families and professionals.

“I applaud you for producing this website; you have done an admirable job. This will be a good resource for families as well as investigators.”

Packed with Info for Families & Professionals

The website is for anyone wishing to avoid unnecessary expenditures for funeral products and services they don’t want or need, or wanting to explore the continuum of hands-on death care options, including home funerals, home burial, and green burial. In addition to detailing death care law in Oregon, OregonFuneral.org walks readers through the practical “How Tos” of whichever aspects of after-death care they want to handle, and provides guidance in how consumers can get what they want from professionals they hire or authorities they encounter when a death occurs. The site provides quick links to get assistance, a glossary of terms, and informative stories of how others have cared for their dead. Because so many helping professionals are unfamiliar with family- and community-directed care for the dead, the site includes concise but detailed, professionally-specific in-service training materials along with resources for use in community education.

Oregon’s Acting Chief Medical Examiner has already updated the training provided to investigators based on the information Keelia and our site development team provided him. Dr. Hurst told Keelia, “We will continue to present this topic in our yearly death investigator course to hopefully minimize the chances of future miscommunication about families’ rights.”

The Stories That Are Our Teachers

Along with Max’ story, written by his mother Keelia, the site debuts with a portfolio of eight other Oregonians whose actual or anticipated deaths serve as teachers. Karen served as funeral director for her father, who was buried at White Eagle Memorial Preserve in a casket built by a friend. David died far from home but was honored with a home funeral in an Airbnb and a place of remembrance in his widow’s new house. Justin and Lina’s midwives and community carried them through the home burial of their newborn daughter Vera Luna. Marcy’s community organized her home funeral and green burial, with some tasks handled by a funeral home. Mark’s family challenged pioneer cemetery rules to bury him in a sheet for a shroud with a ’62 Suburban for a hearse. Jamie was buried at home on her rural property with the help of a supportive local mortician. Bill’s friends came together in a ceremony of farewell before his death and a candlelight walk the night after. Kim, 34 at the time, dealt with her lung cancer diagnosis by convening her friends to talk about her death and touring a cremation facility.

How You Can Spread the Word

We’ve created some easy tools for you to share this information with others:

The Dream Team Behind the Site

Keelia’s email arrived just as I was digging into my sabbatical project, supported by Jodie Buller at White Eagle Memorial Preserve. In the four years since co-producing a 500-person daylong “Let’s Talk About Death” conference together, Jodie and I became determined to create something focused on the specifics of state law and the practicalities of deathcare that have remained obscure despite death as a topic becoming mainstream, even hip. I recruited Judith Moman, a lawyer I admired, to help with legal research.

As soon as I heard from Keelia, I realized how much was at stake. Her determination that other families not suffer the ignorance of the law opened the door for substantive policy change. We turned to the longtime national expert in this field, Lee Webster. As Past President of the National Home Funeral Alliance and current President of Green Burial Council International, Lee has literally written the book on this topic (Restoring Families’ Right to Choose: What to Do When Home Funeral Rights Are Challenged, among other publications). What’s more, she had already created a website that did just what we intended to create for Oregon and Washington.

It was like the universe was rolling out a red carpet for this project. Lee agreed to serve as website designer and content contributor, modeling it on the New Hampshire Funeral Resources & Education website concept she developed. We secured the gift of stunning landscape photography for exclusive use on the site from renowned photographer Joni Kabana. And my dear friend and funeral industry mentor David Noble, recently retired from five decades of service to Oregon families as a funeral director, cemetery owner/ operator, and Oregon Mortuary & Cemetery Board member, provided content review.

As we prepare to share the site with Oregon families and professionals – and then to replicate it with interested partners in other states – I am deeply grateful for the support of my work provided by a generous donor-advised grant from Nancy Wernecke, in memory of her parents, sister, niece and nephew, through The Oregon Community Foundation.

For me this project is something of a full circle back to the advocacy I did 30 years ago alongside sexual abuse survivors like myself and battered women who used the power of their personal stories to raise awareness and press for critically-needed changes in the law and policies and practices. I am honored to stand with Keelia and the Oregon Funeral Resources & Education team now, as we dedicate this new site in memory of Max.

Out Beyond the News of Good and Bad

Observations about health, mortality, and language

Editor’s Note: Ever since Karen attended the very first PDX Death Café in 2013, I’ve been privileged to be on the receiving end of her ways of being “troubled aloud,” a practice she’s studied with Stephen Jenkinson since enrolling in the very first class of his Orphan Wisdom School. After a mastectomy occasioned by her fourth diagnosis of breast cancer in ten years, Karen wrote to a small group of women who have joined her in pondering how we come to illness, health, and dying. Even – and perhaps, especially – amidst the flurry of “death positivity” in this cultural moment in North America, I find Karen’s take on these matters rare. With her permission, I share excerpts of her recent writings here.

Yesterday was my one-week post-op check-up.

I left the visit without drains, and with permission to stop taking antibiotics, but also with the pathology report that included no cancer in my lymph nodes and no surprises or changes in the cancers that had been biopsied two months ago on diagnosis.

After the appointment, my partner and I walked out of the medical building and into the late afternoon sunshine. We stopped to admire the bees on the fragrant lavender plants and made our way to the farmer’s market where we splurged by buying morel mushrooms and two bundles of tiny asparagus shoots.

I smiled a lot at everyone on our walk along the food booths, reveling in my ability to be alive to do so. But also and quite consciously I find myself struggling with language as I watch my knee jerk response in labeling the news I’ve received as “good”.

On my mind is my longtime friend’s husband who has just been diagnosed with a rare cancer that offers him no options for treatment. He told her that as much as he’s loved raising his son and having her as his wife, he also knows he’s in the middle of the biggest thing he’s ever done. Their love is heightened, and I know well the sweet spot they have the possibility to live in the midst of.

I’ve wondered how it would be if we sought for our lives to be full rather than long, and our endings to be neither “good news” nor “bad”?

END_OF_DOCUMENT_TOKEN_TO_BE_REPLACED 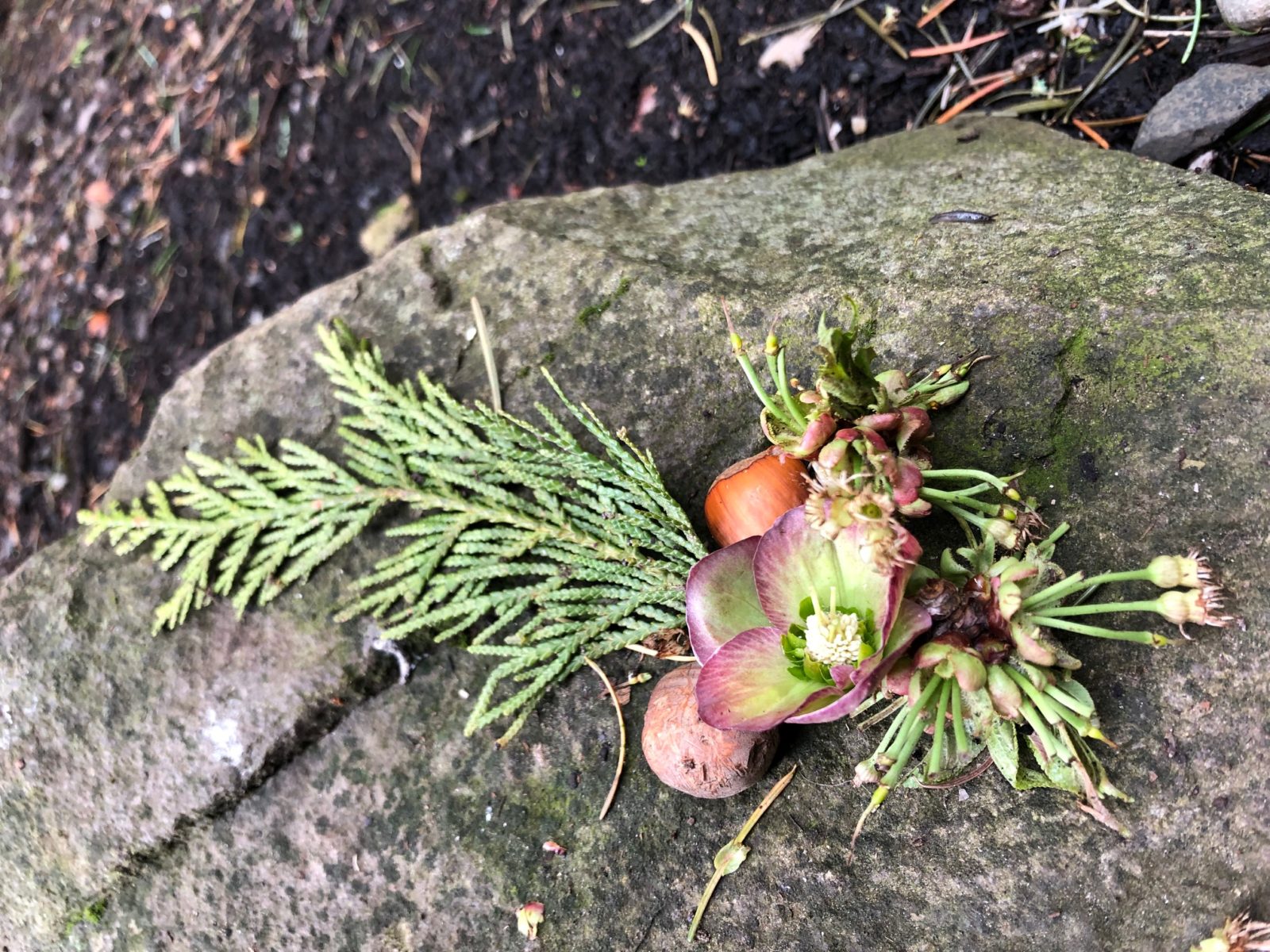