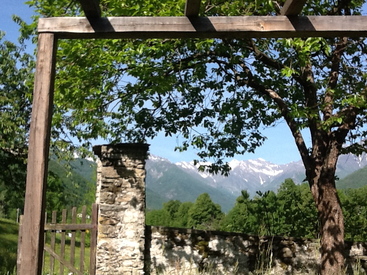 Some thoughts on the eve of an ancestral pilgrimage

Among the promises of a better life and a better death that fill my in-box is this recent promotion for a high-profile event dedicated to remembrance:

“…embracing our roots, family histories and feelings of loss can create unparalleled opportunities for self-awareness, personal growth and creative fulfillment.”

As an ardent believer in remembrance, and a practitioner of remembrance as a creative act, I might have held out this carrot myself, a few years back. But I’m now persuaded that treating remembrance as one more commodity in the spiritual marketplace of self-improvement schemes for self-fulfillment is part of the problem, not a solution.

“It is one of the responsibilities of village-minded people and human beings everywhere to carry their dead with them as they walk through their days,” writes Stephen Jenkinson in Die Wise: A Manifesto for Sanity and Soul.

“How easy it is in our way of life,” says Jenkinson, “to let the dead slip from view and from memory, how easy it is to disappear.” In the dominant culture of ancestral amnesia, we’re driven to write our own legacy, for fear of being forgotten. Thus the burgeoning wave of write-your-own-obituary, record-your-message-for-the-future, and plan-your-own-memorial vendors.

Chief among the tasks of the dying, no matter how late in the game, is “to live the rest of their lives as if there were people on their watch who needed and wanted to be remembered, and to remember them aloud now….”

What if we approached remembrance as about them, the people whose lives preceded ours, who made our lives possible, the people we are dying unto – instead of making it about ourselves?

Two years ago, for the first time in over half a century of living, I pulled weeds from soil in which my ancestors were buried. I had to travel halfway around the world to do so. Now we’re flying once again across a continent and the North Atlantic and eight time zones to tend, in our shy and clumsy way, to the people Amber came from, centuries ago, in Ireland and Scotland.

What they left behind is there no more. But the grief that marked their leaving echoes still. Here we are, on the receiving end of the lives they led, the traumas they fled, the generations of forgetting. May our attempts at re-membering serve them well.

← The Dilemma of Death & Language of Loss: A Conversation
“We’re Meant to Carry Each Other” →