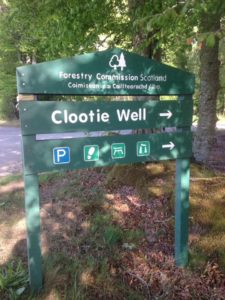 I know virtually nothing about how my ancestors cared for and carried their dead. I was 25 years old when I first visited a cemetery that contained the bones of my relations. I had to travel nearly 6000 miles to get there.

Earlier this spring, Amber and I flew to Ireland, England, and Scotland seeking some kind of ancestral connection. A woman who has pondered these matters longer than I, who also comes from people from that part of the world, had introduced me to the practice of tying strips of cloth to a branch, something like Tibetans do with prayer flags. Without further explanation, she planted this seed: Our people have been doing this for a long time.

And so, without knowing why or how, I cut up strips of cotton cloth. For the three weeks of our journey, I shyly tied them in hidden places, with some inchoate sense of paying our respects to all that had gone before us, and all that remains unseen.

On our last day in the Scottish Highlands, we stumbled across a site with thousands of such strips – the Munlochy Clootie Well. A clootie is a strip of cloth, a rag. Some clooties are tied in homage to spirits (of the land, historically; or of saints, after the imposition of Christianity). Many are left as part of a healing ritual: the fabric, bearing some connection to the part of the body that’s afflicted, is dipped in the holy spring and tied to a tree; the disintegration of the clootie is thought to support the dissolution of the illness.

Pilgrims had been doing so in this spot for well over 1,000 years of known history. Despite an Act of Parliament in 1581 that made pilgrimage to holy wells illegal in Scotland, a traveler in 1769 wrote of holy wells “tapestried about with rags”.

Now, with our ties to past practices themselves so frayed, the Munlochy Clootie Well has become a free-for-all with trees literally bent to the ground with synthetic fabrics, sometimes entire outfits, that will not decompose in this lifetime or the next. High-tech running shoes swing overhead much as they do from inner-city utility lines. A toddler-sized teddybear with underwear on its head is nailed to a trunk. Large banners spray-painted with messages of memorialization are strung between trees. Name after name, endless “R.I.P.s” emblazoned in carvings and cloth.

On a bright spring day, the woods felt sodden with sorrow; the branches draped with desperation as much as devotion. All of us, seekers, bearing generations of longing, looking for a way to connect – to what, we hardly know. 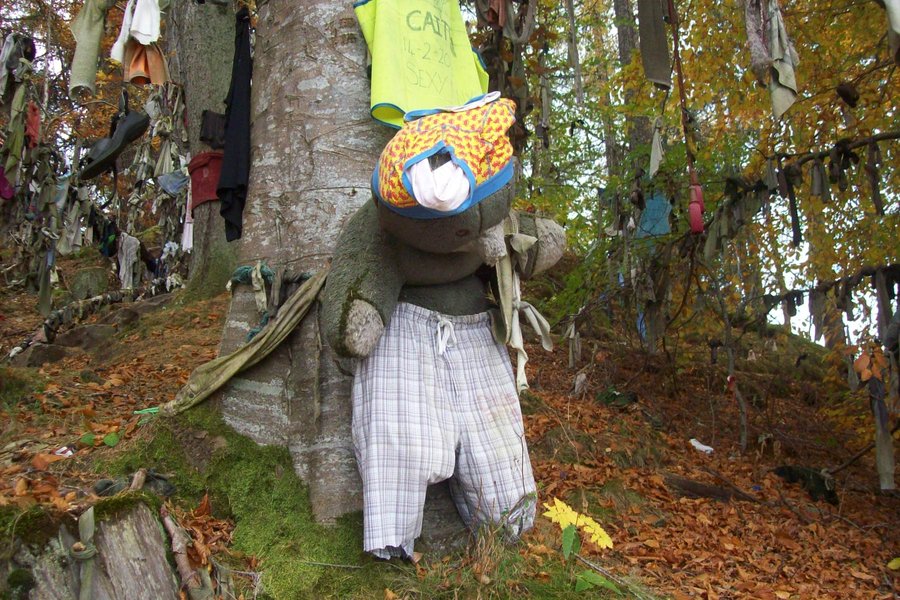 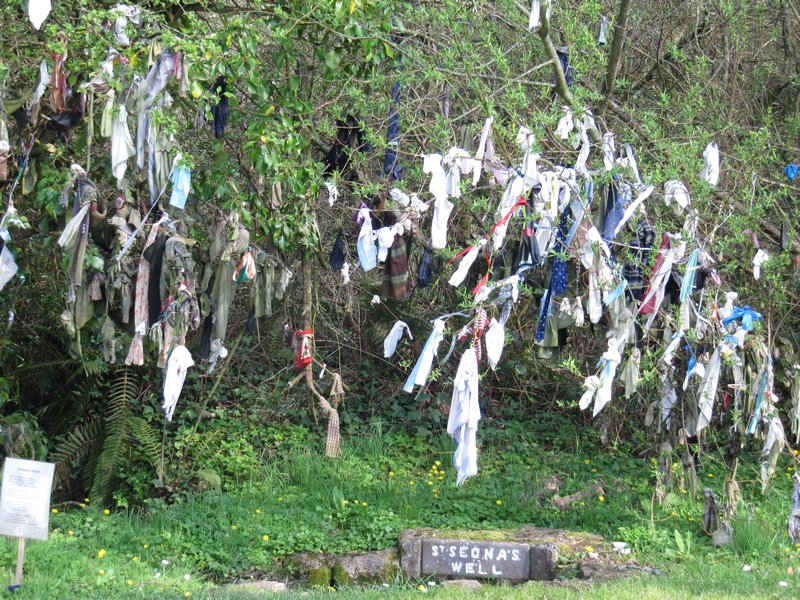 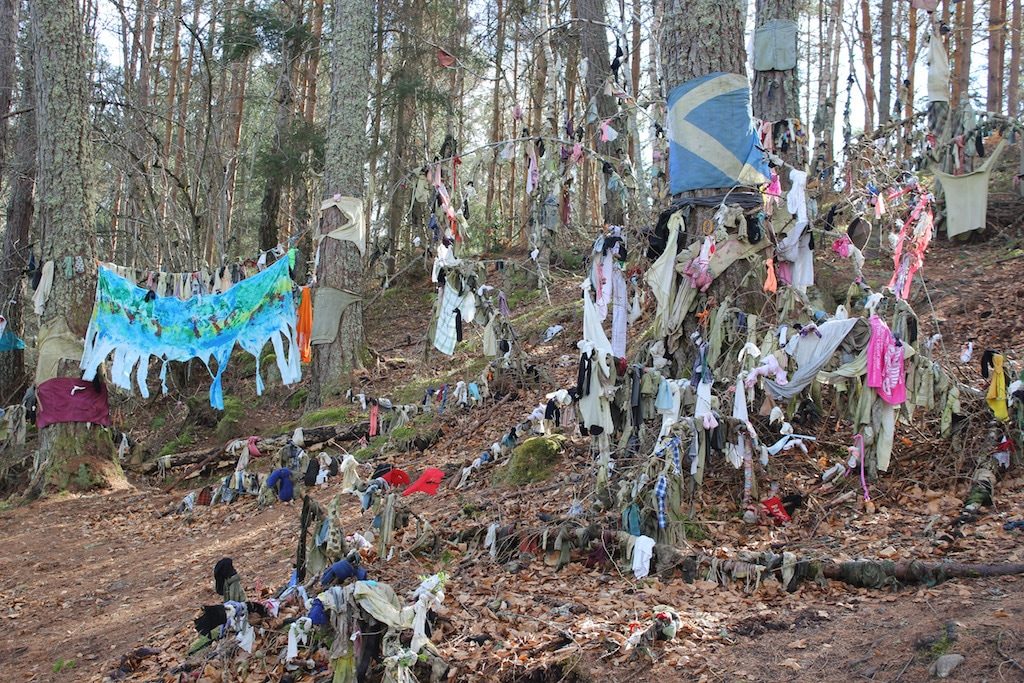 9 Comments on “The Clootie Well”